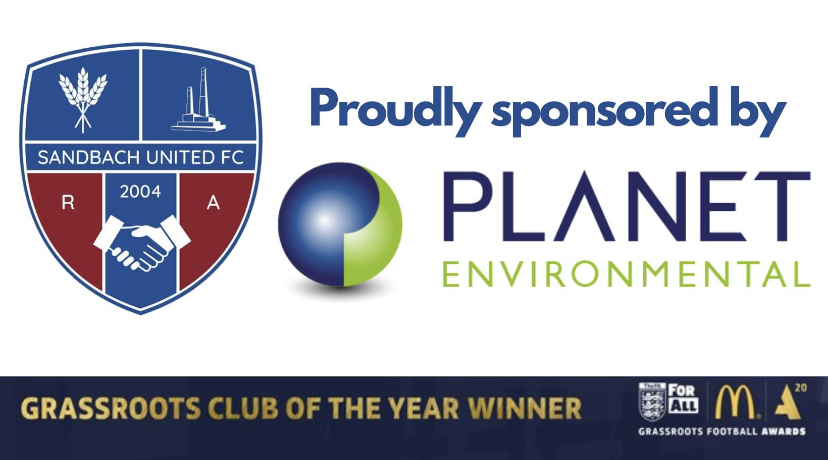 Having sponsored Sandbach United first team for nearly 10 years, we agreed to a further deal sponsoring the whole club for the next three years.

Planet Environmental are thrilled to be supporting Sandbach United FC and the community from the juniors right through to the first team.

Sandbach United were voted Grassroots Club of the year 2020 and we wish all the teams at the club the very best for the following season.