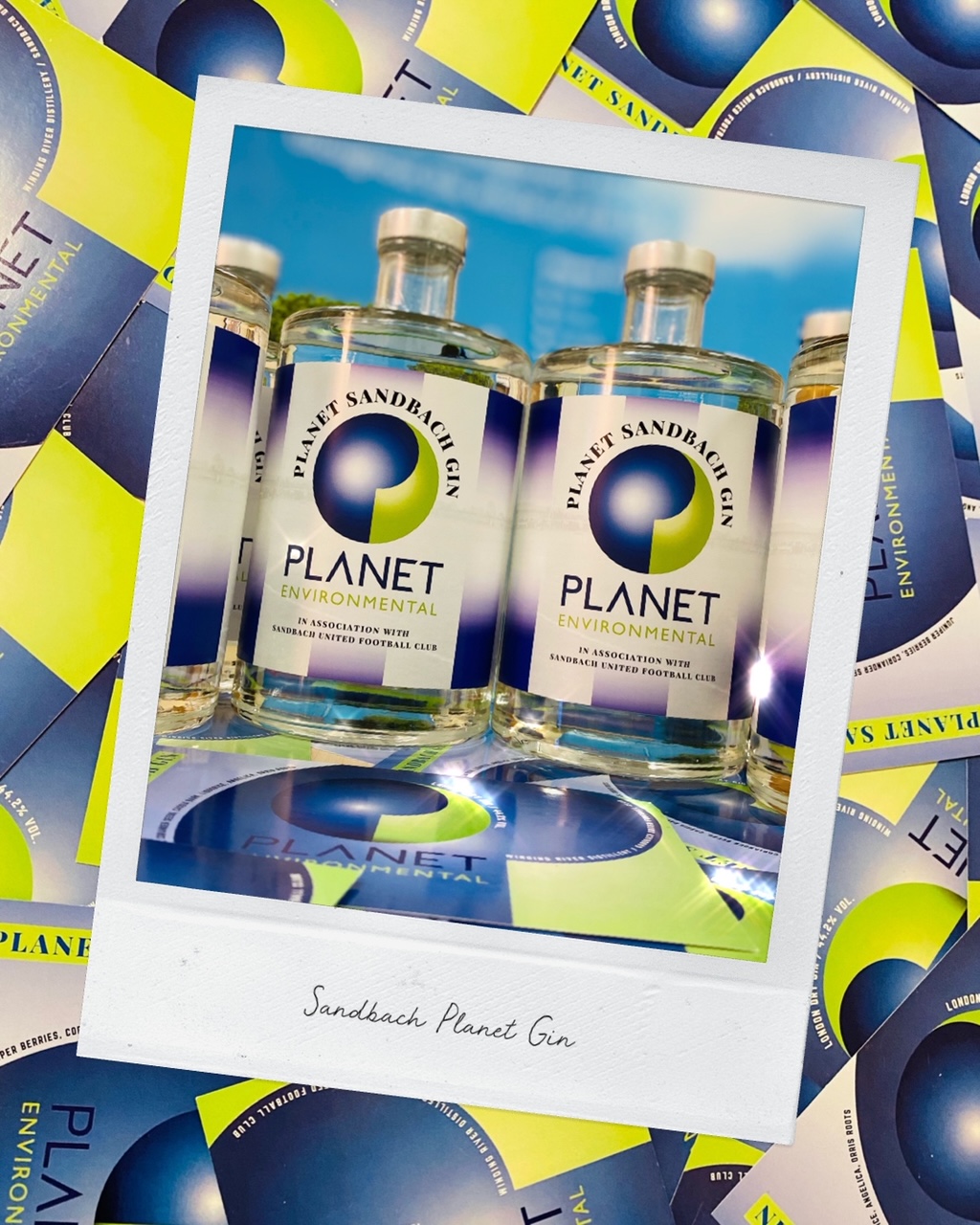 We have very much enjoyed the tasting sessions with Matthew and Suzanne from Winding River to produce a London Dry Gin with a coriander forward.  We are looking forward to sharing this gin with our loyal customers over the festive period.

Planet Sandbach Gin is available to purchase both by the glass and bottle at the Cross Bar at Sandbach United FC.  We have a feeling here at Planet Environmental that its going to be a very, very Merry Christmas…. 😊

If you would like to purchase a bottle of Planet Sandbach Gin online you can email Sandbach United FC on thecrossbar@sandbachunitedfc.co.uk